The Absence of Proper Documentation will Find you in the Presence of Several issues at your Next Audit. We Can Help.

A recent Indiana state ruling points out the risks sellers face when making exempt sales and provides a real-world example of why it is prudent to address your exempt sales issues before auditors knock on your door.

The taxpayer, a public utility company, regularly made tax-exempt sales as part of its ordinary course of business. The Indiana Department of Revenue, as a standard part of its audit of the taxpayer, requested documentation to establish the exempt status of such sales. For certain transactions, the taxpayer was unable to produce exemption certificates. For others, the certificates were inaccurate or incomplete. Fortunately, Indiana law provides taxpayers two methods of mitigating potential assessments (in this respect, the Indiana rules are more forgiving than the rules in other states). First, Indiana provides a cure period: taxpayers yield a duration ranging from 30 days to 120 days to acquire missing certificates and perfect incomplete certificates identified as part of the audit. Second, taxpayers unable to perfect erroneous exemption certificates (even with the benefit of the cure period) may prove by other means that transactions qualify as exempt sales. Sounds great.

Unfortunately, the taxpayer’s attempts at mitigation proved largely futile. (This frequently is the case). According to the ruling, the taxpayer was able to acquire valid certificates only “in a few instances” during the cure period. While exemption cure periods may appear generous, in practice, the allowed time frames frequently are too short for taxpayers to meaningfully reduce proposed assessments unless they already have an established process for efficiently acquiring and perfecting certificates.

The ruling also illustrates the significance of the higher burden of proof taxpayers have to establish that transactions were exempt by means other than a properly completed certificate. For example, in this case, the taxpayer demonstrated that a certain number of sales were made to manufacturing companies. This was obviously a very favorable fact; had the taxpayer been able to provide exemption certificates in compliance with the auditors’ request, it almost certainly would have been relieved of liability. Absent such certificates, however, the transactions ultimately were determined to be taxable because the taxpayer could not prove that the sold electricity was used by those companies directly in a manufacturing process (as opposed to in administrative offices, for example). In effect, the government applied a standard of proof that would be very difficult for any taxpayer to meet. While the law technically afforded the taxpayer a defense, the taxing authorities applied a standard of proof so onerous as to effectively render the defense meaningless.

The issue effectively turned not on the true nature of the commercial transaction as taxable or exempt but on the absence of proper documentation. This result is punitive to the taxpayer and represents an unjustified windfall to the tax collector. Sadly, such a result is not uncommon.

This case underscores the need to fix your exempt sales problem before you are selected for audit. A good place to start is by contacting the exempt sales experts at CERTifyTax. With our cost-free risk assessment, we will help determine whether you have exempt sales exposure and will quantify that exposure for you. Our team of exempt sales attorneys and accountants can provide a plan to mitigate your risk and a solution to prevent a recurrence.

While we at CERTifyTax can’t change the law, we can correct your outcome.

Want to receive the latest news from our tax experts? CERTifyTax Eliminates the Burden of Collecting Annual Tax and Regulatory Exemption Certificates Let’s face it if your business makes sales exempt from tax or regulatory fees keeping up with requesting certificates is a hassle.  If you are like most businesses, you or...

END_OF_DOCUMENT_TOKEN_TO_BE_REPLACED Effective Exemption Certificate Management: Technology Alone is Not the Answer Companies all over are facing the challenge of maintaining compliance with state tax laws in a changing business environment. Specifically, businesses may be in a situation where they've...

END_OF_DOCUMENT_TOKEN_TO_BE_REPLACED 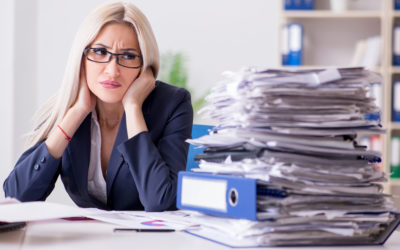 Is Your Current Sales Tax Documentation Management & Filing System Audit Ready? The knot. You know the one, deep in your stomach when a tax auditor requests exempt sales documentation from your company. Until you search through your imaged documents or your filing...